What Is an Occupational Disease?

·      Are diseases that arise out of and in the course of employment,

·      Have a direct causal connection with the employment,

·      Have followed as a natural incident thereto from injurious exposure occasioned by the nature of the employment, and

·      Must be incidental to the character of the business, occupation, or process in which the employee was employed and not independent of the employment.[1]

A disease does not have to be foreseen or expected to be compensable, but it must have had its origin in a risk connected with the employment and have resulted from that source as an incident and rational consequence. A disease caused by a hazard to which an employee has or would have been equally exposed outside of said occupation is not compensable as an occupational disease.

For example, a janitor who develops asbestosis as a result of exposure to asbestos in the office building he cleans would likely be able to pursue a workers’ comp claim for the disease. However, if it is later discovered that he was also regularly exposed to asbestos in his home, his claim may be denied.

The Iowa Supreme Court has broadly interpreted the word “injury” to include not only singular and traumatic events but also the gradual worsening of a condition over time, the development of mental conditions like depression or anxiety, and the aggravation of pre-existing conditions.

However, proving causality can be particularly challenging for occupational diseases, since they typically develop over time. When there are multiple contributing factors, as is often the case, the law only requires that the work-related factor be a “substantial” factor for the injury to be compensable. Although this sounds like a significant burden, the word “substantial” for workers’ compensation purposes has been interpreted as “more than slight” rather than particularly extensive or obvious.[3] Workers who allege their employment caused aggravation to a pre-existing condition must show that work activities played a role in aggravating or worsening the condition, thereby leading to the injury or disability.

Like other work-related injuries, you must give notice to your employer or its agent within 90 days after the “occurrence of the injury.” This date can sometimes be difficult to determine, especially for chronic conditions that develop gradually. This clock starts to run from the time that the employee reasonably knew or should have known that the cumulative injury condition was serious enough to have a permanent, adverse impact on his or her employment. This can be the first time the injured worker seeks medical attention, first misses work, or another significant event.

Sometimes, an employee is exposed to a condition that causes an occupational disease at more than one employer. In that case, the last employer where the employee was injuriously exposed to the hazards of the disease is liable for the compensation and should be notified of the injury and claim as required by law. Consulting with an experienced workers’ compensation attorney for advice in pursuing claims for occupational diseases can help ensure your claim is timely and preserve your rights.

If you’ve suffered an injury or chronic condition related to your employment, you may be entitled to recover workers’ compensation benefits. Contact the Platt Law Firm, Iowa workers comp attorney for help evaluating whether you have a workers compensation claim and to explore your potential legal options in Des Moines and Urbandale, IA.

What Benefits are Available?  Workers’ Compensation insurance covers workers who have been injured or who… 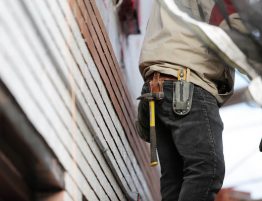 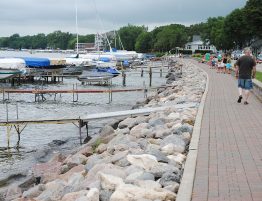